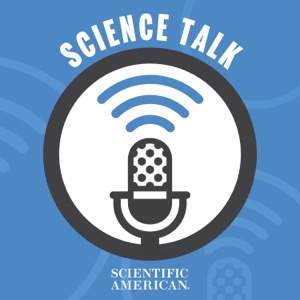 Today on the Science Talk podcast, Noam Slonim  of IBM Research speaks to Scientific American about an impressive feat of computer engineering: an AI-powered autonomous system that can engage in complex debate with humans over issues ranging from subsidizing preschool and the merit of space exploration to the pros and cons of genetic engineering.

In a new Nature paper , Slonim and his colleagues show that across 80 debate topics, Project Debater’s computational argument technology has performed very decently—with a human audience being the judge of that. “However, it is still somewhat inferior on average to the results obtained by expert human debaters,” Slonim says.

Beyond gaming, it’s rare to see humans and machines go against each other, let alone in an oratory competition.

Not unlike its human counterpart, the AI was given only 15 minutes to research the topic and prepare for the debate—rifling through thousands of gigabytes of information at record speed to form an opening statement and layer counterarguments that were later delivered through a robotic female voice, in fragments and with near perfect diction.

It couldn’t best Natarajan in San Francisco, but in a different debate, the system—co-led by Slonim and fellow IBM researcher Ranit Aharonov —has managed to change the stance of nine people in a debate on the use of telemedicine, essentially swaying the debate to its side and rebutting the argument of its opponent.

In other words, in this realm, humans still prevail.

But how do you build the architecture for a complex system like this? Is the AI capable of recognizing meaning or larger contexts in a debate? Can a system descended from Project Debater one day intervene in real-life social media arguments to quell misinformation or stir a debate in one direction or another, for better or worse? We answer these questions and more in the podcast.

Fler avsnitt av AI Can Now Debate with Humans and Sometimes Convince Them, Too