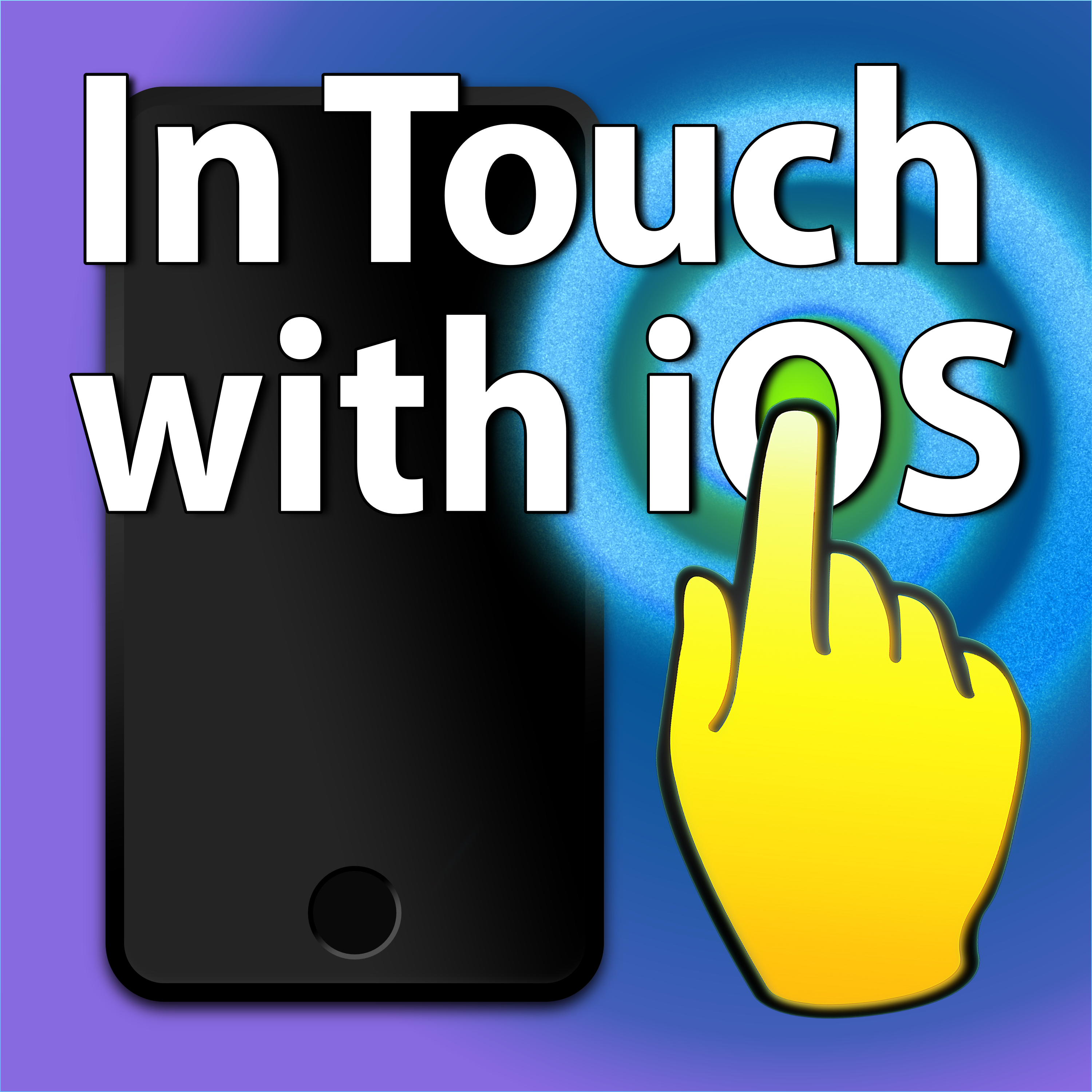 In Touch with iOS

The latest In Touch With iOS with Dave and Warren we are joined by Chuck Joiner and welcomed last minute guest Guy Serle. Guy has his first show after setting up his new desk. The Magsafe battery pack for iPhone 12 worth it? Not for the iPhone 12 Pro Max. There os a patent for  Apple TV set top box could it replace your cable box and other devices if its released? iOS14.7 and iPadOS14.7 was released to the public. We reviewed the new features.  The very first beta firmware for developers on AirPods Pro and Warren will not install it. . We talk about Virtual Macstock 2021 coming soon with limited capacity VIP in person venue Plus more.

The show notes are at InTouchwithiOS.com

Beta this week. iOS15 Beta 3 is still going. iOS 15: What's New With Notifications and what else are we finding in beta? Safari changed and the floating address bar was reverted back.

iOS14.7 has been released to the public with some new features and bug fixes.  Here are links to stories we reviewed and what is new. Apple Confirms iOS 14.7 Fixes WiFi Bug and Many Other Vulnerabilities

Apple makes a rare move and releases iPadOS 14.7 on a different day than iOS 14.7,

Apple support article on what was added.

iPadOS 14.7 was released a day later not a normal thing Apple has done in the past.

Not much updated to WatchOS 7.6

So there are some devices that don’t work Apple Music's Spatial Audio Feature Doesn't Work With Built-In Speakers of iPhone XR, iPad, or iPad mini

This is a good thing I could get used to not paying for a Cable box. . A future Apple TV set-top box may replace your cable box : Apple World Today We debate streaming services vs Cable TV and the value they have.

You know this Message feature you send to your loved ones or friends when you can’t take their call. You can send a message on your iPhone to avoid using the “Sorry, I can’t talk right now”? Go to Settings > Phone, and Respond With Text, then  replace one of the existing messages with your own.

Dave is one to listen to news, music, or a podcast as you drift off to sleep? I know I am not alone. Did you know you can have your iPhone stop playing music after a certain time - just set a Timer, choose how long you want your timer to last for, and before you complete, press ‘When Timer Ends’. You can then scroll down to the bottom and select ‘Stop Playing’.

David Ginsburg is an IT professional supporting Mac, iOS and Windows users and his wealth of knowledge of iPhone, iPad, Apple Watch, and Apple TV. Visit the YouTube channel https://youtube.com/daveg65 and find and follow him on Twitter @daveg65. He is also President of the Suburban Chicago Apple Users Group.

Chuck Joiner is the host of MacVoices and hosts video podcasts with influential members of the Apple community. Make sure to visit macvoices.com and subscribe to his podcast. You can follow him on Twitter @chuckjoiner and join his MacVoices Facebook group.

Co-Host Warren Sklar @Wsklar is an IT Consultant and moderator of the Mac To The Future FaceBook Group with over 3000 members talking about all things Apple. Request to join this group to be among people who love Apple.

165 - You Should Reboot Your iPhone..Or Not - With Guests and Jeff Gamet and Patrice Brend’Amour