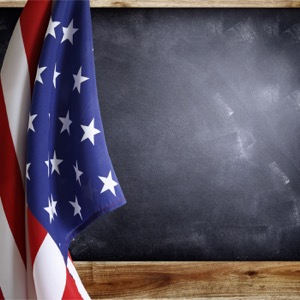 Not Yet Openly at War, But Still Mostly at Peace: An Interview with LtCol Scott Cuomo (USMC)

In this two-part episode, I speak with LtCol Scott Cuomo (USMC). He is the author of an article that appeared in the Marine Corps Gazette called, Not Yet Openly at War, But Still Mostly at Peace. He wrote the article with a team of Marines that include: Captain Olivia Garard, Major Jeff Cummings, and LtCol Noah Spataro.

The purpose of the article was to re-think what the Marine Corps should be doing in 2019 and beyond. The co-author team suggests that the Marine Corps needs to implement a “new big idea.” The “big idea” looks beyond the Marine Corps’ historical mission of Joint Forcible Entry Operations (JFEO) through traditional amphibious assault.

LtCol Cuomo references a report that came out of the Senate Armed Services Committee and an article called “SASC Seeks Sweeping ‘Roles & Missions’ Report: Wither the Marines?”. This article served as a call to action to the Marine Corps to re-think their role in the modern defense era.

“China and Russia want to shape a world antithetical to U.S. values and interests. China seeks to displace the United States in the Indo-Pacific region, expand the reaches of its state-driven economic model, and reorder the region in its favor.”

A bi-partisan, National Defense Commission Report concluded that the National Security Strategy was accurate in assessing the strategic threat. However, there needed to be clear operational concepts developed too. LtCol Cuomo dives into the weeds of the operational environment as we discuss the “Contact layer, the blunt layer, the surge layer, and the homeland defense layer.”

LtCol Cuomo thinks that Marines need to be focused on operating in the contact layer. Moreover, the Marine Corps has a unique opportunity to do this right now. Bottom line: This is a defining moment in Marine Corps history.

In the second part of the interview, we talk about the Marine Corps Commandants’ Planning Guidance (CPG). The CPG was published in July after General David Berger took over as the 38th Commandant of the Marine Corps.

LtCol Cuomo mentions that General Berger was commander of the Marines in Pacific Command prior to becoming Commandant. Thus, the current Commandant has a good outlook on the challenges and problems taking place in the Indo-Pacific region.

We talk about several topics in the Commandant’s Planning Guidance to include: Force design, force modernization, III Marine Expeditionary Force (MEF), distributed operations in partnership with the Navy, and other ways that Marines can conduct distributed naval operations.

It’s a fascinating interview that covers a lot of relevant topics from strategy to tactics.

To connect with the guest, please shoot me an e-mail at the address below.

If you like this interview, and want to hear others, subscribe in iTunes and Spotify. Support the show with written reviews, share on social media, and through word of mouth. To request additional shows or guests, e-mail me: [email protected]

Looking to talk Maneuver Warfare? I’ve partnered with The Maneuverist to promote thoughtful discussions on maneuver warfare. Check out the themaneuverist.org and get involved with some great people having important conversations.

Fler avsnitt av Not Yet Openly at War, But Still Mostly at Peace: An Interview with LtCol Scott Cuomo (USMC)

Twenty Years of War in Afghanistan: An After Action

Clausewitz’s Theory of the Combat

On Combat Marksmanship: An Interview with Master Sergeant Joel Reilly

The Chinese Invasion Threat: An Interview with Ian Easton

On Fieldcraft: An Interview with Marine Staff Sergeant Chad Skaggs

Not Yet Openly at War, But Still Mostly at Peace: An Interview with LtCol Scott Cuomo (USMC)