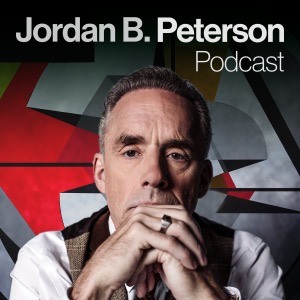 The Jordan B. Peterson Podcast

Dr. Richard Dawkins is a British evolutionary biologist, theorist, and one of the world’s foremost atheists.

In this episode, Dr. Dawkins and I discuss religion, psychedelics, consciousness, symbolism, postmodernism, and the importance of objective truth.

To donate to the Richard Dawkins Foundation for Reason and Science: https://richarddawkins.net/donate/

[5:30] Intimidation and fear of speaking out against the far left

[24:00] Jeffrey Gray, his work on modeling, Psychedelics, and Anxiety

[41:00] Jordan’s experiences with psilocybin and yoga

[52:30] Jordan addresses Dawkins' assertion that despite being against postmodernist thinking he at times utilizes symbolism to speculate in a way which is similar to them.

[53:50] Finding commonality between myths and symbols across cultures

[59:20] Objective truth and the scientific process

[1:08:10] The metaphysical vision of the redeeming power of truth

[1:10:10] Jordan and Dawkins discuss the idea that a narrative drives the process of inquiry, even in regards to objective truth

[1:12:50] Humans’ ability to understand difficult concepts on a biological level

[1:16:10] Question: Do you identify the religious impulse or even the religious phenomenon with the totalitarian proclivity for dogmatic certainty and the potential acceleration of aggression and atrocity as a consequence?

[1:20:10] Question: To what degree do you think that consciousness operates as a fundamental mechanism of selection and shaping?

[1:23:00] Artificial intelligence and the metaphysical significance of consciousness

Meritocracy or Else | Dr. Adrian Wooldridge & Dr. Jordan B. Peterson

Beyond Order: Rule 2 - Imagine Who You Could Be, and Then Aim Single-Mindedly at That.

An Interview with my Father Walter Peterson

Beyond Order: Rule 1 - Do Not Carelessly Denigrate Social Institutions or Creative Achievement

Julian, the Elusive Peterson: a Conversation

Beyond Order: 12 More Rules for Life