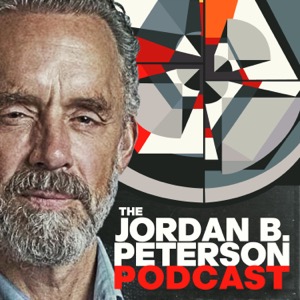 Islam and the Possibilities of Peace | Mohammed Hijab

The Jordan B. Peterson Podcast

In this episode, philosopher Mohammed Hijab joined me to discuss a wide array of topics, such as the traditionalist interpretation of Islam, its metanarrative, the story of the prophet Muhammad, and some common ground among monotheistic Abrahamic religions.

Mohammed Hijab is an author and philosopher whose main interests lie in political philosophy, philosophy of religion, and comparative religion. He seeks to spread a better understanding of traditionalist Islam while engaging with prominent thinkers and philosophers worldwide.

[01:48] What beliefs and practices are central to Islam?

[04:12] Islam’s unmoved mover argument for God and the universe

[07:30] “Things made of parts... must be contingent on being created by something else, a sorting mechanism [that] doesn’t necessitate [creation itself].” Mohammed Hijab

[10:09] “The word Islam does not mean peace; it means submission. Islam believes that everything in the universe submits to God.” MH

[17:00] The instinct for God arguments vs new atheists

[24:36] Muslims and Christians as followers of Jesus Christ

[27:59] How does Dr. Peterson envision the spark of divinity?

[28:25] “The divine spark is embodied virtue... reflective of the highest value, operating at a local scale.” JP

[29:42] How are the attributes of God knowable to a Muslim? The importance of the original version of the Quran

[38:50] “I’m speaking from the perspective of someone who’s a traditionalist Muslim and not a liberal or enlightened Muslim.” MH

[40:47] An abridged story of the prophet Muhammad. The Mecca and Medina periods. Rationalizing the warrior emphasis of many Muslim teachings

[50:54] In Hijab’s opinion, what’s the central driving force behind the expansion of Islam?

[52:10] “Islam has the capability of being expansive through war... and of making peace treaties. It does and should do whatever’s in its best interest, just like every country.” MH

[58:56] “Let the best story win. I would say that the proper mode of conversion is something like a shining example.” JP

[01:15:18] M.Hijab on why the traditionalist view is superior to a liberal one

The Problem with Atheism

Jordan Peterson, God, and Christianity with Word on Fire

Progress of the Human Race, Part 2

Islam and the Possibilities of Peace | Mohammed Hijab

The Progress of the Human Race, Part 1