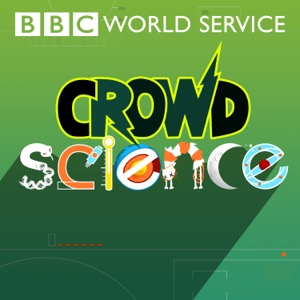 Record-breaking heatwaves swept across the Earth’s northern hemisphere this summer, while Australia experienced flooding and East Africa is enduring its worst drought in decades. Listener Geoff in Australia wants to know: Is climate change really responsible, or could it just be weather?

Presenter Marnie Chesterton goes to Kenya, where the traditional Maasai way of life is at risk following a series of failed rainy seasons. She meets members of the Maasai community who have herded cattle for generations, who tell her how the unprecedented lack of rain is making it difficult to feed the animals, and themselves.

She speaks to meteorologists and climate scientists to unpick the differences between weather and climate, discovering that not only is climate change affecting local weather systems, but it’s also affecting our ability to forecast it.

She’ll also be learning about the IPCC report, and how there is no longer any doubt that climate change is a real and present threat to life on earth.

Produced by Ben Motley, with Christine Yohannes, for the BBC World Service

Where does the sand in a desert come from?

Why do we get jealous?

What happens to insects in the winter?

How do you balance on a bicycle?

Why are my parents so annoying?

Could my house run out of air?

What gives clouds their shapes?

How do we behave in crowds?