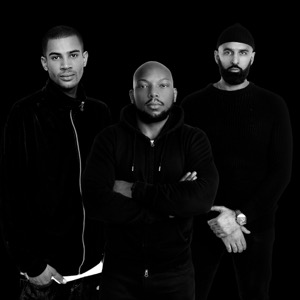 Safari Sound was founded in south Sweden in 2003 by a couple of reggae fans and record collectors who loved reggae music since they first discovered it during their early school days. Two of the three founding members left the sound leaving Shirkhan to carry on the Safari name. Shortly after the founding members left, Zoro joined the sound as Safari’s first MC. Zoro and Shirkhan played the sound together until Zoro decided to focus on his career as a recoding artist.

In late 2006 Sammy K joined the sound as an MC. Together he and Shirkhan began taking the sound to the next level. Safari quickly established their name as one of the major contributors to the music scene in Southern Sweden. Safari established their presence through their show on Swedish National Radio, regular mixtape releases and several weekly and monthly events.

In 2009 Safari Sound started doing guest mixes for Din Gata (a local radio station belonging to Swedish National Radio). These mixes were so popular the sound was offered a monthly radio slot on P3, the biggest radio station in Sweden, which is apart of Swedish National Radio. The popularity of the monthly program grew to the point that in 2011 Safari was offered a weekly spot on Musikguiden i P3 every Friday evening (in 2017 the day changed to Wednesdays in order to attract more traffic).

This placement made Safari’s show the biggest Reggae and Dancehall show in Scandinavia.

In 2011 Safari relocated from its birthplace Malmö to Stockholm. Some of the events that made the sound famous were also re-launched in Stockholm.

In 2014 Safari Sound started participating in soundclashes, two in Stockholm and one in Denmark.

In 2015 DJ Autograph, longtime colleague and friend, joined the sound. DJ Autograph was born and raised in Kingston Jamaica and moved to New York in the 90s. He worked behind the scenes until mid 2016 when his announcement as part of Safari was made official along with his move to Sweden.

2017 was the year Safari Sound dedicated themselves to releasing original music via their own label. This resulted in the formation of Safari Records in early 2018, together with Swedish producer Binnie Smalls. The first single (Pon Di DJ with Red Fox) was released early 2018 and was followed up by an official remix of Chronixx’s mega scorcher Likes. Look out for more releases from Safari Records in 2018.

Originality, quality and their ability to play for any type of crowd has gained Safari supporters both within Sweden and internationally. Safari has toured Europe, Japan, Gambia, The Middle East, USA and Jamaica, performing at festivals and clubs in the aforementioned places.

Safari Sound is known for playing the latest Reggae & Dancehall mixed with exclusive dubplates and remixes. These days you should expect the unexpected when you catch the sound jugglin’: from old school Rub A Dub Reggae to todays Hip-Hop and R&B to 90s Dancehall scorchers and todays dancehall anthems. One thing is certain, when you step into a Safari Sound party you’re guaranteed to be at every future Safari event.

The podcast focused on all facets of extreme metal, acting as a talk show / think tank for the genre. Only 3 episodes were recorded before the podcast was put on indefinite hiatus, but the plan to resurrect INTO THE DARKNESS is now in motion...

What you can expect?

Eurovision Legends is the podcast where Emil Löfström invites songwriters, artists and other important people from the world of the Eurovision Song Contest. How did the songs originate, what happened behind the scenes, who ought to have won the contest and what did the song demos sound like? This and much more...