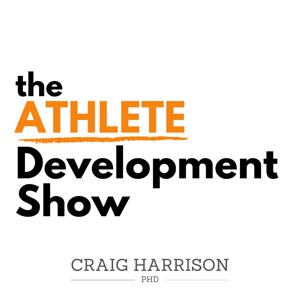 "Locking back now, when I was younger I had an ability that my body couldn’t cope with. I had the ability to express a lot of force and speed and I was physically not able to cope with it. Also, technically I wasn’t that great when I was younger."    - Chris Donaldson

This is a story of the relentless pursuit of excellence.

It's also about empathy, and why in sport, you don't get anywhere without it.

I met Chris Donaldson on the red rubber of the Caledonian, Dunedin’s athletic track, in 2000. He had what all of us in the training group so desperately wanted. Speed. And plenty of it.

But more than that, he was the ultimate professional. On a perpetual search for the “the ultimate race, when everything comes together and produces something magical”, finding his best meant everything to Chris. It was inspiring.

I also enjoyed his humour. Chris never took himself too seriously, which from what I learnt, helps to offset the rigorous demands of professional sport.

Chris made his name on the track and represented his country at two Olympic Games. In 1998, he ran 10.17 seconds over 100 m in Kuala Lumpur – the second-fastest time in NZ history.

He is also an optimist. As he explains in our chat, every race was a chance at success. Rarely thinking about the consequence of loss, Chris lit up every time he got to compete – especially against the best in the world.

This is a conversation about how his positivity came to be. It’s about going all-in on a passion, what it really takes to pursue your best, and the empathy needed from your support network along the way.

But it’s also a conversation about change.

Just before the 200 Olympic Games commenced, Chris went down with an Achilles tendon injury that, despite being in the best shape of his life, ended his sprinting career and stopped him short of realising his dreams.

And so out of nowhere, the hard road out of sport began. Chris talks openly about where he looked, and what he found.

Chris oozes energy - you can hear it in his voice. This is a great conversation with a man who gives his all to what he loves.

EP 98: Mike Schofield - Staying True To Who You Are