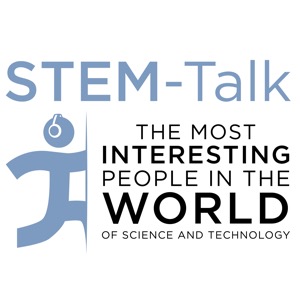 Our guest today is Dr. Christoffer Clemmensen, an associate professor and lead researcher at the University of Copenhagen’s Novo Nordisk Foundation Center for Basic Metabolic Research.

Christoffer’s lab at the university explores pharmacological and therapeutic treatments for obesity and its related diseases and disorders. He and his colleagues focus on dissecting the neuroendocrine signals involved in coordinating appetite, food-motivated behavior, energy expenditure, glycemic control, and lipid metabolism.

We have a fascinating discussion with Christoffer about his lab’s efforts to turn molecular and physiological insights into innovative therapeutic strategies that Christoffer hopes someday can reduce obesity and its associated metabolic disorders. Christoffer is a native of Denmark who earned his Ph.D. in Molecular Pharmacology from the University of Copenhagen in 2013.

Joining Ken for today’s interview is IHMC colleague and senior research scientist Dr. Marcas Bamman, who was our guest on episode 116. Marcas is the founder and former director of the University of Alabama at Birmingham Center for Exercise Medicine.  Marcas joined IHMC last year as a Senior Research Scientist.

[00:04:05] Christoffer’s talks about his days as an elite tennis player when he was a youth.

[00:04:41] Ken asks Christoffer when he first became interested in science.

[00:05:48] Marcas asks Christoffer what changed his mind about wanting to study computer science at university.

[00:07:04] Christoffer explains how he decided to attend University of Copenhagen.

[00:08:19] Marcas mentions that Christoffer’s original focus at university was on exercise biology, but that he became fascinated by the mechanisms of obesity and that interest took him in a new direction. Marcas asks how that shift in interest came about.

[00:10:01] Marcas follows up on the previous question and asks if there were a particular instance that persuaded Christoffer to switch from focusing on exercise to focusing more on weight control and obesity.

[00:10:40] Ken asks what led Christopher to pursue a Ph.D. in molecular pharmacology after attaining a bachelor’s degree in exercise biology and a master’s degree in human biology.

[00:12:11] Marcas asks Christoffer why he went to Munich, Germany, as a postdoctoral fellow at the Helmholtz Diabetes Center after completing his post-doc at the University of Copenhagen.

[00:14:00] After mentioning that Christoffer eventually became the group leader at Helmholtz, Ken asks Christoffer why he then transitioned back to the University of Copenhagen.

[00:14:52] Marcas asks Christopher to talk about the big questions that get to the heart of his research.

[00:16:20] Ken mentions that Christoffer is now an associate professor at the Nova Nordisk Foundation Center for Basic Metabolic Research at the University of Copenhagen, where he is the head of the Clemmensen Group. Ken goes on to mention that the Clemmensen Group’s website says the lab focuses on dissecting the neuroendocrine signals that coordinate appetite regulation, food-motivated behavior, energy expenditure, glycemic control, and lipid metabolism. Ken asks if Christoffer could give an overview of what all these research focuses entail.

[00:18:17] Marcas mentions that obesity and its related diseases, such as type-2 diabetes and cardiovascular disease, have become serious problems affecting the world’s public health and global economy.

Episode 136: Greg Potter talks about circadian biology and the importance of sleep

Episode 133: Mark Mattson talks about the benefits and science of intermittent fasting