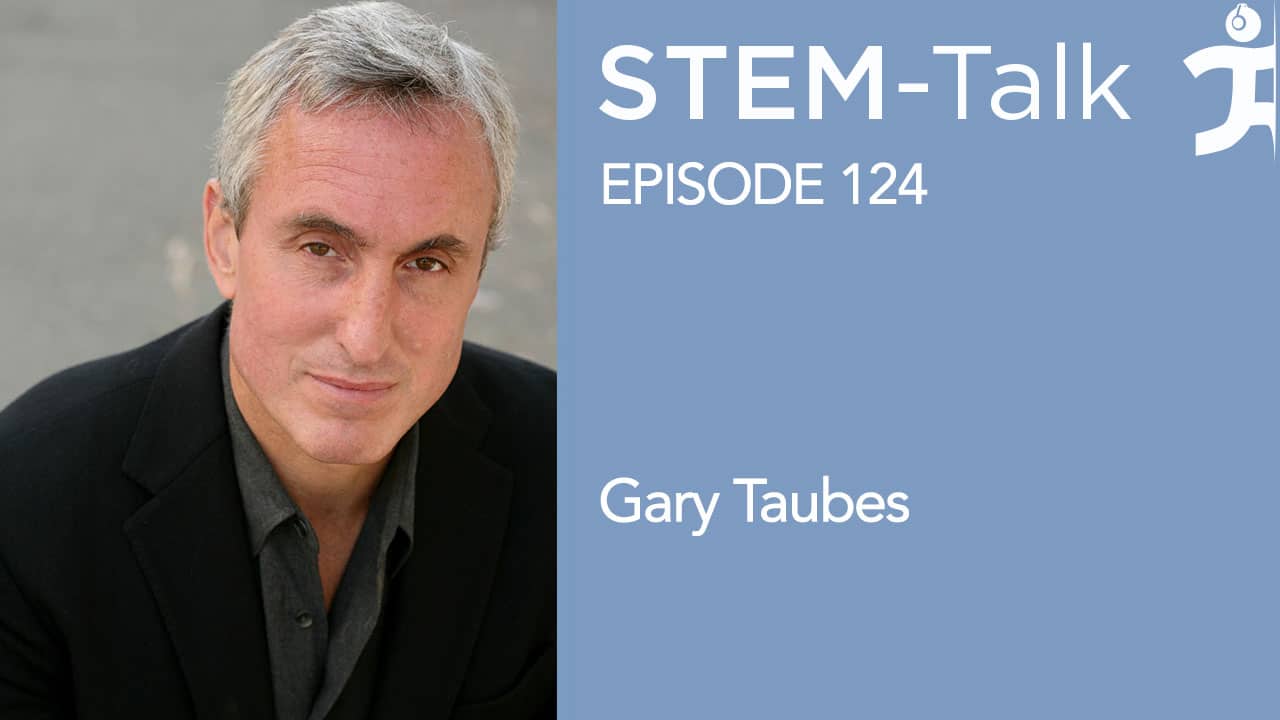 Today we have journalist Gary Taubes making a repeat appearance on STEM-Talk to discuss his new book, “The Case for Keto: Rethinking Weight Control and the Science and Practice of Low-Carb/High-Fat Eating.”

Our interview with Gary in 2016, episode 37, followed the release of his book, “The Case Against Sugar,” which went on to become a New York Times best seller. “The Case for Keto” is Gary’s fourth book about diet and chronic disease.

Gary made national headlines in 2002 when he wrote an article for the New York Times Magazine challenging the low-fat orthodoxy that had held sway in America since the 1970s. In the article, titled “What if It’s All Been a Big Fat Lie,” Gary wrote that perhaps Dr. Robert Atkins with his Atkins Diet was correct in suggesting that it’s not fat that makes us fat, but carbohydrates.

Our conversation with Gary covered a lot of ground, and we have divided his interview into two parts. Today we talk to Gary about his reasons for writing the new book and how opinions on a low-carb and high-fat diet have changed over the past 20 years. In part two of our interview with Gary, we dig deeper into his efforts to set the record straight about the role of diet and weight control in preventing chronic diseases, as well as the role that diet plays in helping people improve their health spans.

Gary turned to journalism back in the 1970s after receiving his master’s degree in aeronautical engineering from Stanford University. Today, he continues to practice journalism and is the founder and director of the Nutrition Science Initiative.

00:03:43 Dawn welcomes Gary back to STEM-Talk and asks how things went for him as a writer during COVID-19 and the lockdowns.

00:04:24 Dawn gives some background on Gary’s new book The Case for Keto, which is his fourth book to follow and expand upon a 2002 article he wrote for the New Times Magazine titled, “What if It’s All Been a Big Fat Lie?” She asks Gary if he ever anticipated writing four books about the relationship between diet and chronic disease when the article came out 20 years ago.

00:06:09 Ken mentions that Gary’s New York Times Magazine article questioned the effectiveness of low-fat diets, which the government’s dietary guidelines had been recommending since the late 1970s. Ken adds that almost overnight Gary become public health enemy number one, and asks Gary if he expected so much pushback as a result of the article.

00:10:53 Dawn describes how the release of Michael Pollan's book The Omnivore's Dilemma, which draws on work by both Gary and Dr. Atkins, seemed to change consumers’ eating habits. Dawn then asks Gary if he remembers seeing or being surprised by the disappearance of pasta and bread from restaurants and grocery shelves.

00:14:41 Ken notes that in the blurb Michael Pollan wrote for the jacket of Gary’s 2007 book, Good Calories, Bad Calories, Michael said the book would change the way people think about eating. While Gary’s work did not end up changing national heart, health and diet guidelines, low-carb and ketogenic diets have become quite popular since then. Ken asks Gary what he thinks is driving this interest in keto.

00:19:41 Dawn describes Gary’s 2011 best seller Why We Get Fat as a condensed summary of the research contained in Good Calories, Bad Calories combined with new research on hormonal-based weight gain. She mentions Gary’s argument that the medical community and the federal gov...