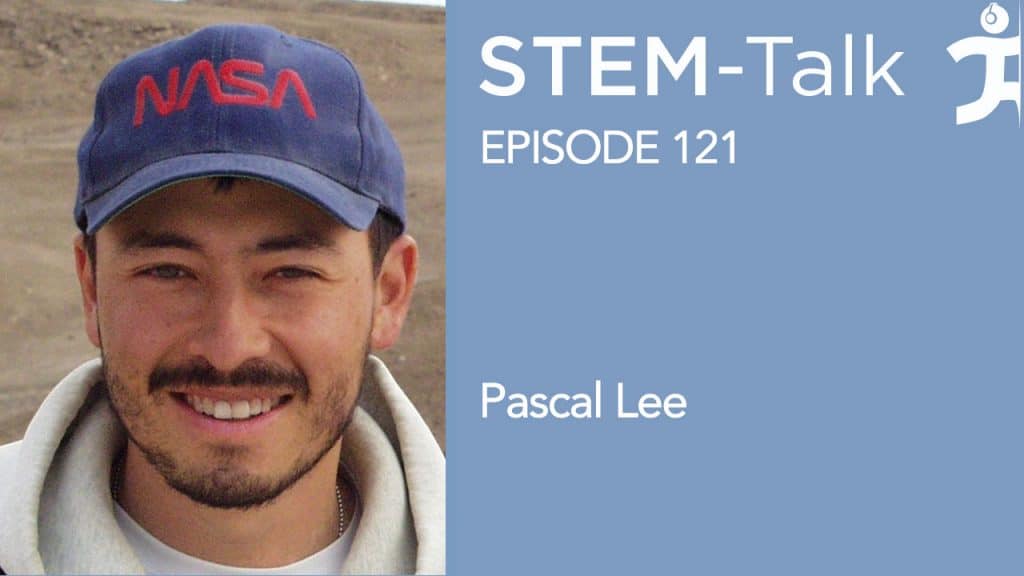 It has been nearly a month since NASA’s Perseverance rover landed on Mars. So far, the rover hasn’t detected any signs of past life on the planet. But scientists have determined that several of the rocks on Mars are chemically similar to volcanic rocks on Earth. This, of course, has caused quite a bit of buzz. So, the double-secret-selection committee decided it was a perfect time to invite the chairman of the Mars Institute onto the show to get his take on the Perseverance and the Mars Mission so far.

Actually, this is Dr. Pascal Lee’s second appearance on STEM-Talk. Pascal is a planetary scientist and director of the NASA Haughton-Mars Project at NASA Ames Research Center who was our guest in 2016 on episode 17.  Back then we talked to Pascal about his annual visits to the High Arctic’s Devon Island, which is the Earth’s largest uninhabited land that has geological characteristics similar to what scientists believe we will find on Mars.

Today we catch up with Pascal and his Haughton-Mars Project. We also talk to him about Perseverance and a host of other Mars-related topics.

We ask Pascal if he thinks we’ll find signs of life on Mars, or if he believes we will ever find signs of alien life in our galaxy. We also get Pascal’s thoughts about future manned missions to Mars and whether humans will ever colonize the Red Planet. And after listening to today’s interview, be sure to check out Pascal’s artwork and his recent paintings of Mars.

00:03:15 Dawn opens the interview welcoming Pascal back to STEM-Talk, mentioning that the last time he was on the podcast he was about to spend his 20th consecutive summer on Devon Island, the Earth’s largest uninhabited land with geological characteristics similar to what Pascal believes we will find on Mars. Dawn goes on to mention that due to COVID-19, last year’s trip to Devon Island was canceled and asks him about his disappointment.

00:05:11 Ken asks if Pascal is confident that he’ll return to Devon Island this coming summer.

00:05:36 Dawn mentions that it takes several stops and trips to reach Devon Island. She asks who makes those travel arrangements and how the journey plays out.

00:08:25 Ken asks about Pascal’s polar bear guard dog, Apollo, inquiring as the protocol when Apollo alerts the team about a nearby polar bear.

00:10:48 Dawn mentions the Webby Award-winning documentary filmed by a team at Google who came to visit Pascal on Devon Island in 2018 called “Mars on Earth: A Visit to Devon Island”. Dawn asks Pascal what he thought of the documentary.

00:12:20 Ken asks Pascal to elaborate on the space suit that he was planning to test on Devon Island last summer but couldn’t because the trip was canceled.

00:16:39 Dawn asks about the glove Pascal wants to test that may enable single-handed drone operation.

00:20:11 Dawn mentions that the atmosphere of Mars is around 60 times less dense than the Earth’s. She asks Pascal about the challenges of flying a drone on Mars.

00:22:15 Dawn asks Pascal to elaborate on his recommendation that scientists study the Inuit culture and history in relation to long-duration space travel.

00:26:01 Ken mentions NASA’s Perseverance rover, which landed on Mars in February and relates that Steve Jurczyk, the NASA acting administrator, described Perseverance’s landing on Mars as a pivotal moment for the United States and space exploration. Given that NASA has landed rovers on Mars before, Ken asks Pascal what makes this particular landing especially significant.

Fler avsnitt av Episode 121: Pascal Lee on the Mars mission and our search for alien life in the galaxy