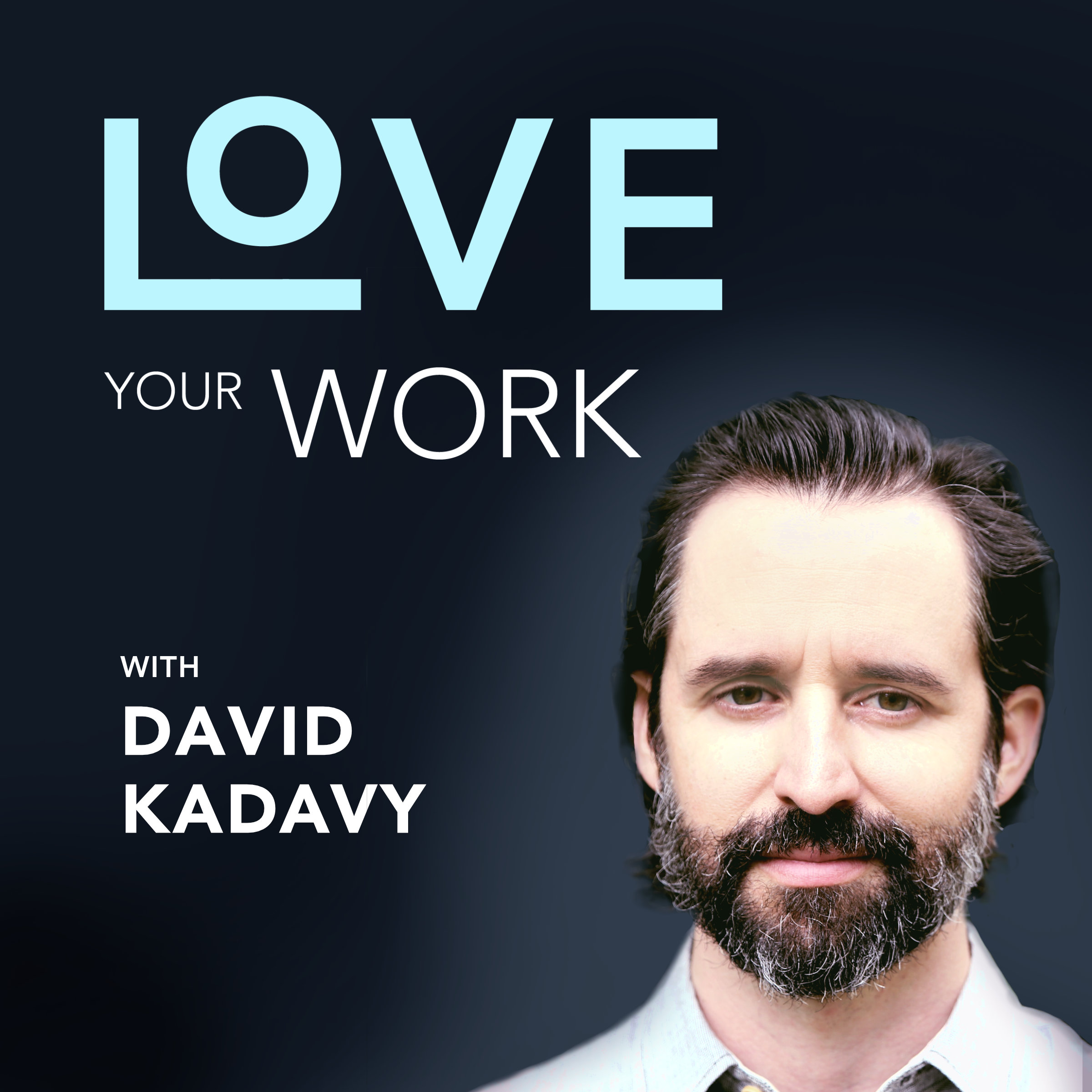 Does image-based media make us think less about our principles and ideals, and more about pursuing mere appearances? Daniel J. Boorstin thought so. In his book, The Image: A Guide to Pseudo-Events in America, Boorstin breaks down why “The Graphic Revolution,” has built a world where our fantasies are more real than our reality. In this book summary, I’ll explain why Boorstin says, “By sharpening our images we have blurred all our experience.”

The thirtieth anniversary of a hotel is coming up. They reach out to leaders in the community to form a committee: A banker, a society matron, a lawyer, a preacher. The committee plans a banquet to celebrate the thirty years of service the hotel has given the community. They invite journalists to the banquet to take photos and report it in the newspapers.

This hotel’s anniversary banquet is what Boorstin calls a “pseudo-event.” Pseudo-events have these four qualities:

The thirtieth anniversary banquet didn’t happen spontaneously: The hotel created a committee for it. The main reason to have the banquet was to generate press. If the hotel was so valuable, would they have to task members of the community with planning the banquet? It was hardly real. But since this contrived banquet happened, it served as evidence that the hotel was, in fact, valuable to the community.

Boorstin blames the proliferation of pseudo-events on what he calls “The Graphic Revolution,” or our rapidly-growing ability create and disseminate imagery. The Graphic Revolution was cited, by the way – as a trigger to our departure from long-form text – in Neil Postman’s Amusing Ourselves to Death, which I summarized on episode 252.

The foundation of The Graphic Revolution was built when the telegraph was first applied to news reporting in the 1830s and 40s. The first American newspaper was monthly, but when information could suddenly be transferred around the world in seconds, news became a product to be manufactured. The Associated Press was founded in 1848, making news a salable commodity. As printing technology became more sophisticated – such as the New York Tribune’s press, which in the 1870s could print 18,000 papers per hour – the capital required to run a newspaper meant it made good business sense to find more and more news to report. The American Civil and Spanish-American Wars, while newsworthy events, made the news machine bigger and more hungry, leaving more space to fill with pseudo-events once the real events subsided.

The copy is more real than the original

In 1922, De Witt and Lila Acheson Wallace used scissors and paste to put together the first issue of their magazine, in a one-room basement office in Greenwich Village. They carried the magazine copies to the post office and mailed them. It was an instant success.

The Wallaces were able to start Reader’s Digest with almost no money, because they didn’t need editors or writers. De Witt simply went to the New York Public Library, and wrote summaries of articles in the magazines there.

Reader’s Digest became more popular than the magazines it was summarizing. In fact, it was nearly twice as popular as America’s second-most popular magazine. Reader’s Digest became so popular, that – according to the company’s official historian – they had to help the magazines they were summarizing stay in business. To do this, they would write a short summary of an article. They would then write the article and place it in another magazine. At one point, more than half of summaries published in Reader’s Digest were of articles they had placed in other magazines.

The copy is more real than the original

As Boorstin says, ”The image, more interesting than its original, has itself become the original.” The runaway success of Reader’s Digest was a symptom that reading had become not about reading – it had instead become about creating the perception of being “well-informed.” People wanted to browse the summaries to feel that they were aware of what information was out there, not to learn anything from the information itself.

As the Graphic Revolution and our ability to reproduce images has strengthened, copies have become more real to us than originals. We go to an art exhibit to see the original of the painting we’ve seen copies of – visitors to a Gauguin exhibit once complained that colors in the original paintings were less-brilliant than the reproductions they were used to. Movies became important in about 1910, often reproducing stories found in novels – by 1917, Publishers’ Weekly was writing about “cinema novels.” In the 1880s, you could only enjoy music if you or someone near you was playing an instrument. By the 1930s, Muzak was mashing together 24-hour mixes of sound to be played in businesses as “background music.” At one point, streaming their “muzak” made them the largest user of telephone networks.

And yes, bloggers like myself gain traffic by attracting readers to summaries of books, such as The Image, by Daniel J. Boorstin.

The proliferation of imagery creates demand for that imagery, which drives demand for pseudo-events. This shapes our culture, driving us away from our principles. Pseudo-events are in higher demand than actual spontaneous events for several reasons:

The effects of pseudo-events

As pseudo-events spread in our image-based media, they change what we value in our culture. Pseudo-events affect who we look up to in society, how we travel, and what art we value.

I shared in my Amusing Ourselves to Death summary that early U.S. Presidents wouldn’t have been recognized on the street. We didn’t know them by their images – we knew them by the words they wrote or said. Demagogues such as Mussolini, Stalin, or Hitler show what we get when we seek someone who fits our image of a “Great Leader.”

Today, our heroes are our celebrities. We don’t make them famous because they are great – we think they are great because they are famous. Celebrities know that to be celebrities they need to get in the news and stay there. They create pseudo-events of themselves, including intensifying their images by publicizing relationships between one another. Meanwhile, dead people who deserve to be heroes fall into the background – they won’t hire a publicist, and journalists get nothing out of writing about them.

Pseudo-events have shaped the way we travel. The word “travel” used to mean the same as “travail.” In other words, travel meant trouble, work, and torment. We love that we can easily get directly to our destination, and bypass any places that might be along the way. We calculate distance not in miles, but in hours. We don’t move through space, we move through time. We expect the faraway to be familiar, and we expect the nearby to be exotic.

But travel used to be travailing. It meant spending time with strangers and strange cultures. It meant getting lost and being disoriented. But the capital required to build railroads and then highways meant we needed more people traveling. And to get more people to travel, we had to make travel less travailing.

Travel has become a tautology. At the time Boorstin wrote The Image, in 1962, that meant traveling to Mount Sinai to see where they filmed the movie The Ten Commandments – or traveling to Rome to see if the Trevi Fountain really looks like it did in the movie Three Coins in the Fountain. Today, we go to see the places we’ve seen on Instagram, then take a selfie to…post to Instagram.

I already mentioned how novels were made into movies, which then spawned novels written to become movies. The mass-distribution of actors in movies spawned the star system. Movie-goers wanted to see stars with a distinctive look, such as Mary Pickford’s golden curls or Charlie Chaplin’s bowed legs and cane. By being put on film, actors no longer get direct feedback from their audiences. Actors aren’t tested by how well they interpret the story – the story is tested by how well it displays the actor.

The “bestselling” book is a pseudo-event

The publishing industry became driven by what Boorstin calls best-sellerism. The Bookman was a literary journal that turned the idea of the best-seller into an institution, around the turn of the century. Printing books costs money, so publishers started planning “reprints” before they even released the originals.

Yet the public became so obsessed with purchasing bestsellers, bookstores couldn’t carry the really big bestsellers. Retail stores like Macy’s would sell them below cost to attract customers, thus making bookstores unable to compete.

We want to be deceived

Pseudo-events are so ubiquitous in every part of our life, we’ve come to expect them. We actually want to be deceived. We expect the advertising we encounter to be hyperbolic and non-sensical. Maybe we want to see the originals of the photoshopped model not to change our unrealistic expectations, but rather to marvel at the work that goes into deceiving us?

Consider that Schlitz advertised their beer bottles were steam-sterilized, which boosted their sales, or that Lucky Strike advertised the tobacco in their cigarettes was toasted. Nevermind that all beer bottles were already steam sterilized, and all cigarettes toasted. The claim by Ivory soap that their soap is 99.4% pure is just a little modest, so as to be believable nonsense.

Are we pursuing images, or are we living life?

Boorstin may sound like he wants people to get off his lawn – and he does write with a shrill tone much of the time. But much like Marshall McLuhan would say two years later in Understanding Media, which I summarized on episode 248, Boorstin is mostly trying to make us aware of our own illusions. Boorstin’s concern is mostly that, “We fill our lives not with experience, but with the images of experience.” Neil Postman later built on Boorstin’s ideas to warn in Amusing Ourselves to Death, that image-based media was devolving our discourse into nonsense.

A final quote from Boorstin:

Chewing gum is the television of the mouth. There is no danger so long as we do not think that by chewing gum we are getting nourishment. But the Graphic Revolution has offered us the means of making all experience a form of mental chewing gum. There’s your The Image: A Guide to Pseudo-events in America summary

I hope you enjoyed this summary of The Image: A Guide to Pseudo-events in America, and lest your reading experience consist only of summaries, check out the full book. I personally found it to be a great history of media and publishing. It’s one of the major classics of media theory – a must-read for anyone who creates media.