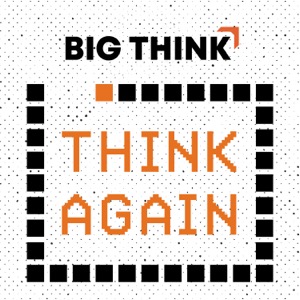 [From February through March 22, 2020 (his last day hosting Think Again) Jason will be revisiting favorite past episodes. Jason's new show, starting May 12th, is Clever Creature with Jason Gots.]

I’m underground as I write this, one day before taping the conversation you’re about to hear, speeding through New York City subway tunnels that aren’t all that ancient but whose darkness, and rats, and crumbling, esoteric infrastructure holds fear and fascination enough for anyone who contemplates them. Waking up this morning—notice how you wake up, not down—I felt my already barely remembered dreams sliding off of me in layers, like leaves, or hands. And the longing to submit to those hands and slide back down, underground, into the caverns of sleep.

My guest today, Robert MacFarlane, has dug deeper than I could ever hope to into the meanings and magnetism of the underworld —tunnels, caves, sinkholes, and the living, fungal earth of our world and our imaginations. At one point in his new book UNDERLAND he brings up the fact that to a neutrino, our solid physical world is just a a mesh—Mount Everest is a wide-gauge net it can pass easily through. In MacFarlane’s writing, the layers of the world are transparent, overlapping, always already present. He’s often called a “nature writer”, but that’s a poor proxy for what he actually is: a philosopher poet with the gift of sight in the darkness, whose penetrating vision turns the world inside out.

Surprise conversation starters in this episode:

E.O. Wilson on the world of pheromones

Neil Gaiman (Jason Plays Favorites #7) – and then it gets darker

Eve Ensler (Jason Plays Favorites #2) – no way out but through

Roz Chast and Patricia Marx (cartoons, words, ukuleles) – The Beatles stole everything from us